Understanding the Concept of “Deterrence”

Everyday I see some sh*thead saying that our modernization is useless because we can never match China toe-to-toe. These idiots, I believe know nothing about warfare or geopolitics, tactics, or strategy. You don’t need to be an expert or a professional at any of these to understand “deterrence”. I myself am a plain armchair general.

What is “deterrence”? In our position, deterrence is being able to shoo the big bullies away. “Speaking softly and carrying a big stick.” We do not necessarily need to match them toe-to-toe.

The concept of deterrence is best likened to the German Navy’s “riskflotte” or “risk fleet” during World War 1. Back then, Germany was in the same position as us, facing a superpower. The Germans realized that they could never hope to match the British Royal Navy. However, Britain had a superpower status to retain. The Royal Navy had to maintain a fleet of 2:1 against any potential adversary. The German Kaiser (emperor) and his admirals simply realized that if their fleet was strong enough to just break the 2:1 standard, they did not necessarily need to match the British as long as they were capable of breaking the 2:1 standard as the British, while being stronger would think twice about engaging the German fleet as any engagement while would ultimately lead them to victory, would ensure that the 2:1 standard would be broken. 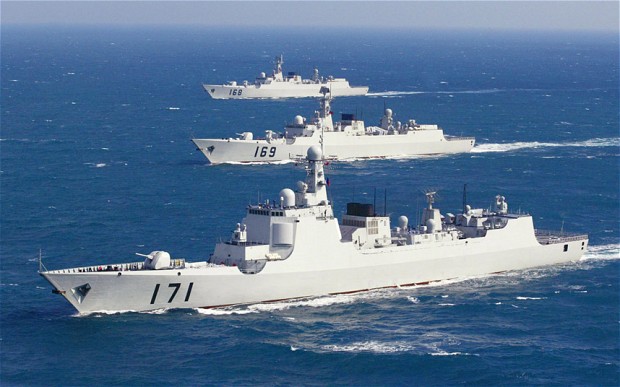 We don’t necessarily need to match the OPFOR threat toe-to-toe, we just need a force capable of giving them a bloody nose

The problem with these idiots is that they keep ranting China has blablablablablabla… Well f*ck that. China has more than a thousand jet fighters (I can’t find a decent figure so let’s stick to that) But among them the only they can actually USE against us are their new 4th Gen fighters with long-range such as the SU-27, SU-30, J-11. I only counted the long-range fighters by the way as sending an interceptor sized bird to hit us would be stupid of the PLAAF, given they are thousands of miles from us and even if their J-10 for example would be stationed on an artificial island, it would not have meaningful range and endurance to be used against us effectively. 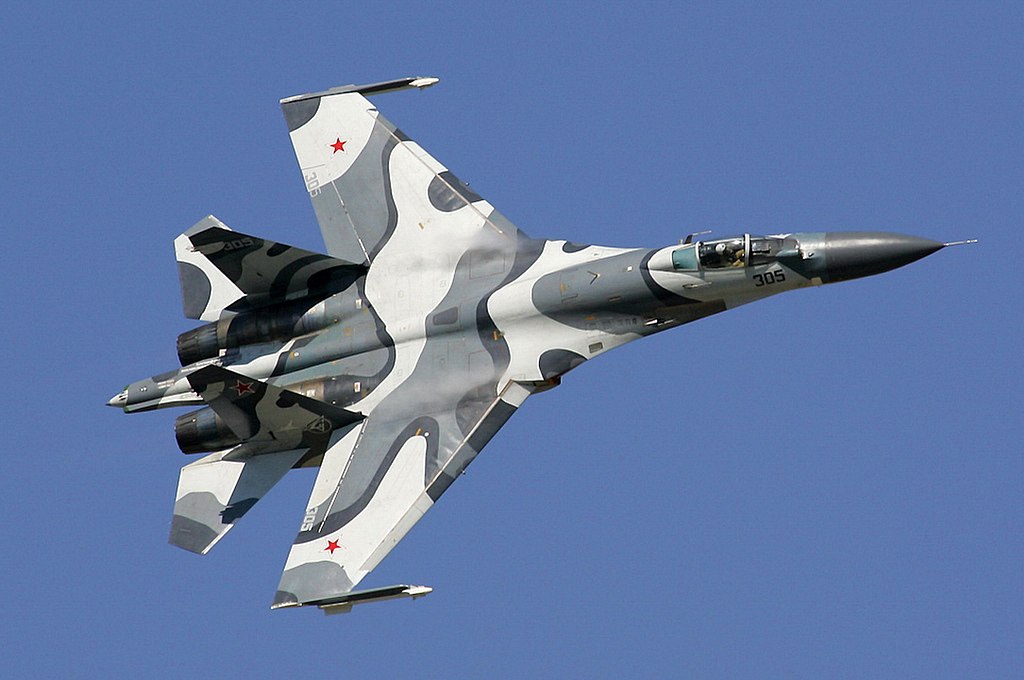 Next, how many of these can they station on disputed islands and on their sole carrier. You can say 20 on the islands and 30 on the Liaoning. That’s 50 enemy jets, can we still NOT fight China if that were the case?

In the concept of deterrence, I actually like to use Vietnam and Singapore as a basis. 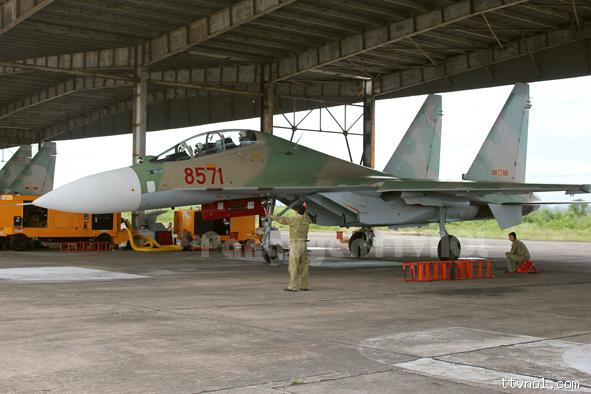 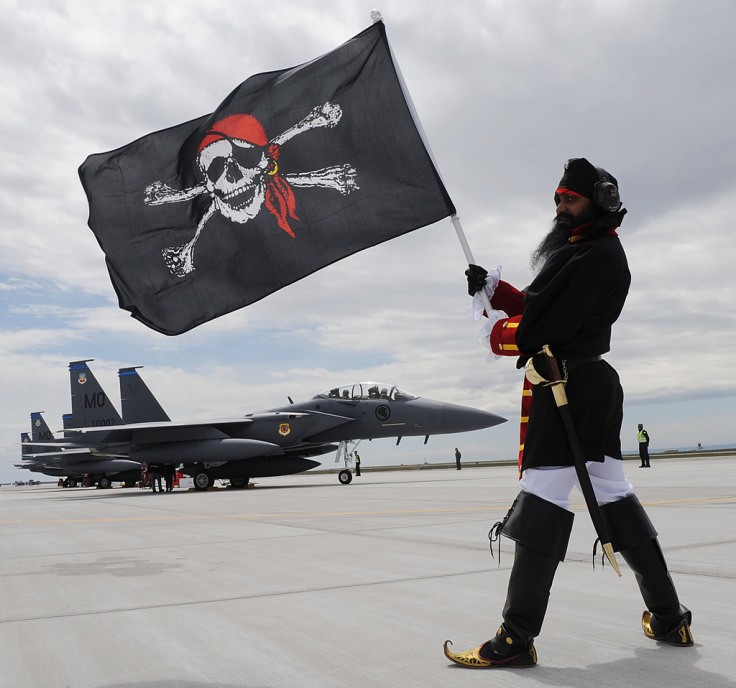 Vietnam’s Kilo-class submarine, one of the deadliest subs in the world, yet the Vietnamese haven;t fired at China

Singapore’s Formidable class frigate, the most powerful warship in Southeast Asia, yet Singapore is not going to war

What can we learn from Singapore?

First of all Singapore has no enemies at the moment. However they possess the most powerful frigate and arguably the best fighter in Southeast Asia.

In simple terms, buying war-fighting equipment does not mean a country is going to war. However, when war comes, Singapore is ready to defend itself. Weapons do not materialize overnight. The Philippines can’t simply wait for the day for China to attack us before we start spending on weapons, and besides, weapons take long to deliver, we can’t just go to War-Machines R’ Us when sh*t hits the fan, if China attacks us, it’ll be over before any weapons we order arrive. So we SHOULD NOT wait for sh*t to hit the fan before we start buying weapons.

What can we learn from Vietnam?

Vietnam unlike Singapore is faced with an OPFOR threat. China. However, unlike our ridiculously slow modernization, Vietnam has fast-tracked the acquisition of assets.

Vietnam has the new SU-30 Mk2 and several older SU-30 models and SU-27’s. They also have the Kilo-class submarine, one of the deadliest in the world. They have mesayls. Yet, they haven’t attacked China with any of these assets.

So, what should we learn from Vietnam?

F*cking simple. Buying weapons does not equate going to war or attacking China as so many of these idiots think.

Quantifying COIN assets does not mean solving terrorism. We can buy as many attack helos as we want but we won’t end terrorism. Blowing up rebels and insurgents will only make them hate the government more. I honestly believe that we can do everything in our power but the Abu Sayaff and NPA will still exist. Unless we can finally make peace with them (which I doubt is possible) we will not have peace in Mindanao. No amount of spanking brand-new COIN assets will solve the problems of the South.

“Unkel Sam will seyb us!”

No. The Philippines whould not rely 100% on its allies. We should fight WITH our allies and not let them fight FOR us. It makes no sense for America to defend a country that does not even want to defend itself.

In all here’s what the fanbois and retards or just plain sh*theads need to understand.

Buying war-fighting equipment DOES NOT mean we are going to war.

COIN is not to be prioritized over territorial defense. Both should go hand-in-hand.

When war-fighting equipment is delivered, they ARE NOT immediately going to be shooting at the Chinese.

We do not need to match China toe-to-toe. We only need a force that can give them a bloody nose.

Do NOT rely on Unkel Sam as a magical force field that will protect us.

11 thoughts on “Understanding the Concept of “Deterrence””

This is a text widget, which allows you to add text or HTML to your sidebar. You can use them to display text, links, images, HTML, or a combination of these. Edit them in the Widget section of the Customizer.